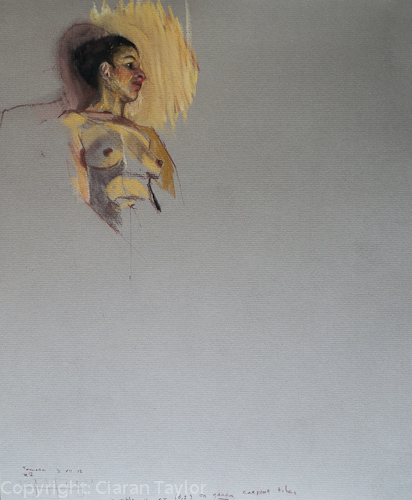 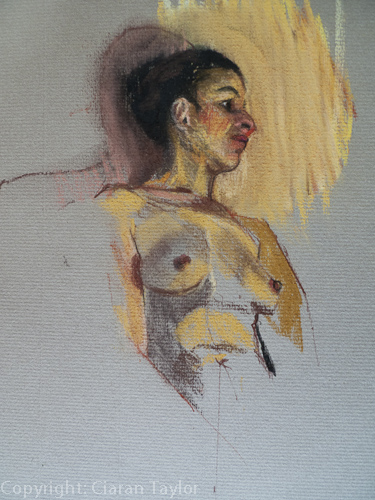 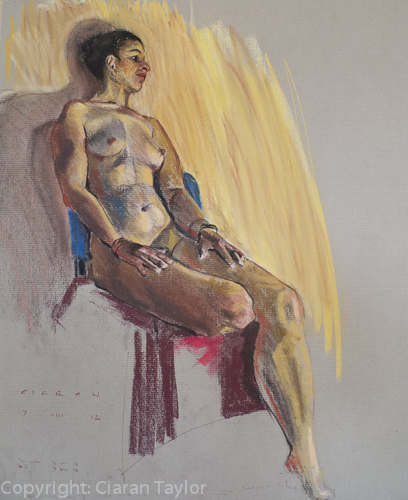 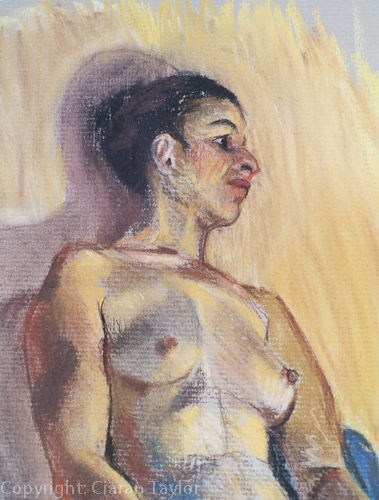 I’ve been meaning to make a website for a long time, indeed there is a half-started page on a free webhosting service somewhere that I made about two years ago. I didn’t get very far with that because I didn’t have much control over the appearance and I had to construct it by filling in stuff in forms on the host’s website: I couldn’t relate to it. I had written some HTML back in the nineties for my page at the Maths Department in UCD (where I was lecturing as a postgrad at the time) so I felt pretty equal to the task. In fact one of the reasons for dissatisfaction with the free website was that I couldn’t use my HTML knowledge on it.
These days, however, everyone expects an artist to have a website, and I was tired of admitting that I didn’t have one. I decided to get started and asked online for advice and Googled for ideas. I found some helpful things, but I felt that I needed to get a book so that everything would be laid out nice and clearly. I eventually bought

by Matthew MacDonald and it has been invaluable! It goes through code (HTML and CSS) you need to write webpages, editors (free and commercial) you might use, how to choose a web hosting provider, how to promote your website and so on: I’m still working through the excellent suggestions it makes.

The general assumption (shared by the book above) is that you’re going to want to steer clear of code as much as possible and use a WYSIWYG editor to write the code for you. I tried a few free editors of that type and I found them annoying. They write messy code and they make decisions for you: I prefer to have the complete control I get by writing the code myself. I mainly wrote the site in the HTML-Helper-Mode of GNU Emacs, which is a fairly perverse choice, but I’m very used to using Emacs to write LaTeX (a maths thing) so it seemed natural to me. There is probably a much better choice of HTML text editor available.

I find HTML is actually not that hard to write. When I last wrote it frames were in (and I used them (shame!!)) but I’m pleased to see that they’re now anathema as I never liked them. Now the tendency is to use HTML for logical mark-up as much as possible and to keep visual formatting separate in a CSS stylesheet. This means that you try to think of the logical structure of your website first (when you’re writing HTML) and modify its look later in CSS. This also means that by modifying a single stylesheet you can change the whole look of your website: very powerful! This all makes sense to me.

I started off with a decision that easy navigability was very important. That’s why I have the same menu on every page: you can always get back to the base pages, and as it’s always the same menu you don’t have to think too much about it.

I decided to avoid JavaScript and Flash as much as possible. Various reasons: mainly I feel that they tend to produce slick effects which draw attention to themselves rather than the content of the website, but also they can cause slow loading not to mention that if I didn’t use them then I wouldn’t have to learn them.

To get this blog on the site I installed WordPress, my only departure from using code I had written or edited myself: I didn’t think I could code a blog. It remains to learn enough about WordPress to wrestle it into submission and make it look like the rest of the site. That may take time!

One thing that makes life easier when you can read a bit of code is that you can often solve a problem by finding another website which does what you’d like to do. Then you can inspect the code underlying it (Chrome and Firefox browsers have good tools for this) and steal whatever is useful!

I often get asked about how I sharpen my pencils, as I usually carry lots of them and they all have nice points, at the start of a session, anyway.           The key to good sharpening … Continue reading →