I wasn’t happy with some of the sharpened points in the last post about pencil sharpening. On checking , I realised that the Caran d’Ache machine needed a little adjustment. I adjusted it and I got perfect points again, but not for long. I found that it was repeatedly breaking the points on some pencils: Conté Sepia and Sanguine Medicis pencils. This is what tells you that the blade is getting blunt. The first time it happened, I thought there was something wrong with the plastic sharpening machine I’d been using at the time. Maybe the flimsy plastic casing had twisted or distorted somehow through use and this was what was causing it to break all the pencil points. Then I got the much sturdier Caran d’Ache machine, which I thought would be immune to this problem. But no, and then I realised it was just the blade getting blunt, and much faster than you would expect! 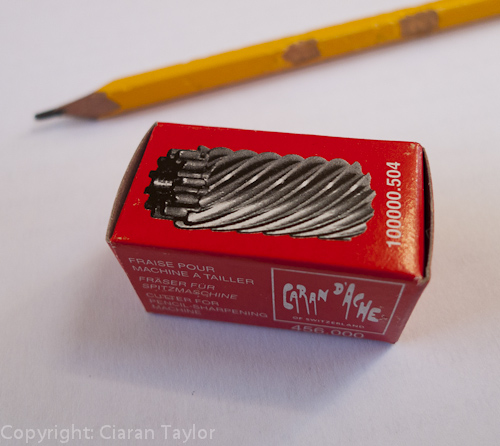 A new blade in its box. Pencil for scale. Notice that in French the blade is une fraise, a strawberry. 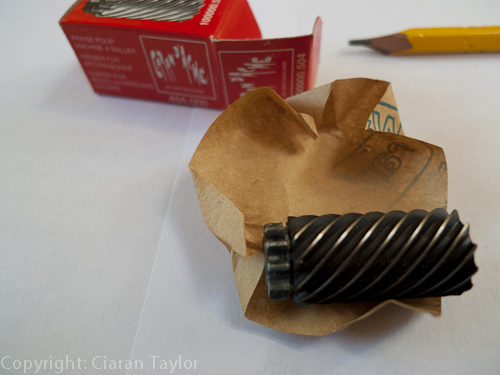 Fortunately I had a spare blade in stock. 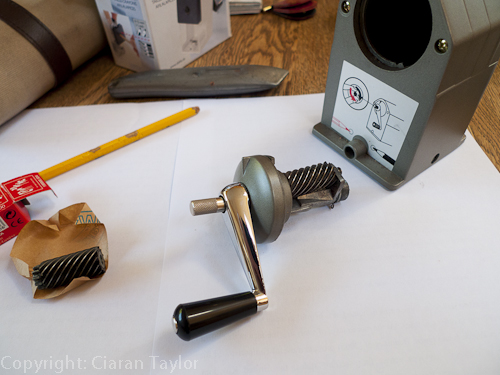 Blade assembly removed from the machine 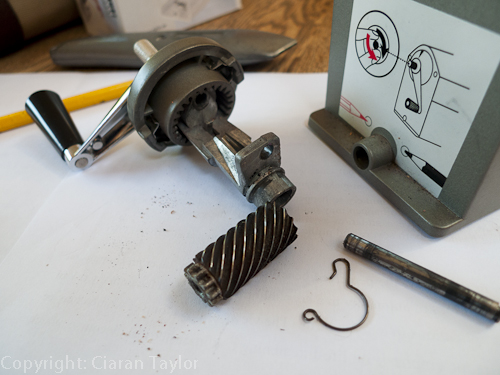 Blade assembly disassembled. Notice the circlip, like a fish-hook.

Once when I was changing the blade I lost the circlip, which holds the shaft on which the blade rotates firmly in place. I emailed the head office of Caran d’Ache in Switzerland and received three replacement circlips in the post. That should keep me going for a lifetime! 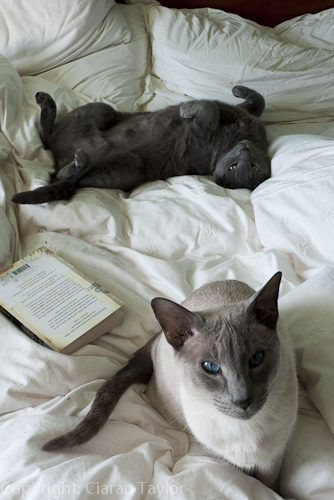 “You don’t seriously expect us to help,do you?”

Changing the blade is easy enough when you’re used to it: the hardest part is getting the new blade to slot back into the blade assembly. 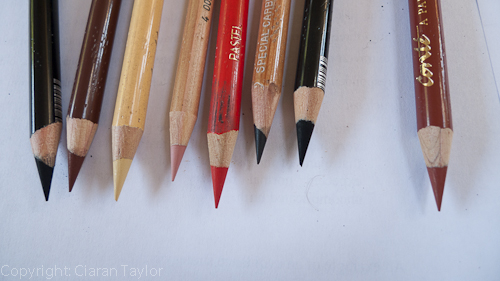 Look at those beautifully sharp pencils!

The reward is the beautifully sharp pencils that come out of the machine once the new blade is in place, and the ease with which the new blade pares them. I must see if I can come up with a figure for how long a blade lasts: not as long as you would think! Maybe a hundred pencils?

I must thank Claus on Tir na HiFi for referring me (after my last post on pencil sharpening) to the book How to Sharpen Pencils: A Practical & Theoretical Treatise on the Artisanal Craft of Pencil Sharpening for Writers, Artists, Contractors, Flange Turners, Anglesmiths, & Civil Servants

by David Rees: pencil-sharpening taken to an absurd extreme by a former political cartoonist.

How to Sharpen Pencils, by David Rees